Home  >  Resources  >  Articles  >  The HOS compliance date is quickly approaching. Are you ready?

The HOS compliance date is quickly approaching. Are you ready?

As of September 29, 2020, several provisions of the hours-of-service regulations change. Is your organization ready? Do your drivers understand the impact of the changes on their day-to-day operations? Do your dispatchers and supervisors know how to address these changes?

Now is the time to review these changes with everyone who is affected by the hours-of-service revisions.

The revised adverse driving conditions exception allows a driver to extend by two hours the maximum window of time during which driving is allowed after a driver encounters unexpected weather or traffic conditions.

The driver of a property-carrying vehicle is not be allowed to drive if more than eight hours of driving time have passed without an interruption in driving status at least 30 consecutive minutes.

Both property-carrying and passenger-carrying drivers may lengthen their maximum on-duty period from 12 hours to 14 hours and extend the distance limit within which they may operate from 100 air miles to 150 air miles. Drivers who use this exception are exempt from maintaining a record of duty status.

The driver of a property-carrying vehicle is able to accumulate the equivalent of ten consecutive hours off duty by taking two rest periods provided:

Driving time, in the period before and after each rest period, when added together: 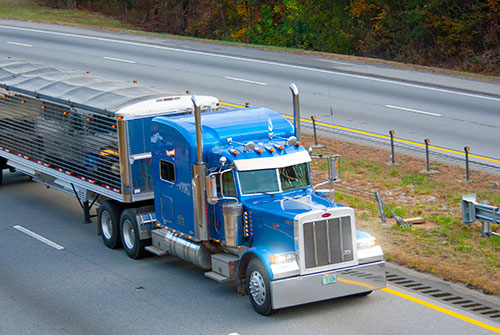 J. J. Keller’s NEW Hours of Service Training will help you familiarize your drivers with these changes as well as give them an understanding of how hours-of-service limits affect safety and productivity.