More than 90 million Americans spend their days on the job. Yet, until 1970, no uniform and comprehensive provisions existed for their protection against workplace safety and health hazards.

In 1970, Congress considered annual figures such as these:

In terms of lost production and wages, medical expenses and disability compensation, the burden on the nation's commerce was staggering. Human cost was beyond calculation. Therefore, the Occupational Safety and Health Act (OSH Act) of 1970 was passed by a bipartisan Congress "...to assure so far as possible every working man and woman in the Nation safe and healthful working conditions and to preserve our human resources."

Under the Act, OSHA was created within the Department of Labor to:

While OSHA continually reviews and redefines specific standards and practices, its basic purposes remain constant. OSHA strives to implement its congressional mandate fully and firmly with fairness to all concerned.

In all its procedures, from standards development through implementation and enforcement, OSHA guarantees employers and employees the right to be fully informed, to participate actively, and to appeal actions.

Who is covered by the Occupational Safety and Health Act?

In general, coverage of the Act extends to all employers and their employees in the 50 states, the District of Columbia, Puerto Rico, and all other territories under federal government jurisdiction. Coverage is provided either directly by federal OSHA or through an OSHA-approved State program.

As defined by the Act, an employer is any person engaged in a business affecting commerce who has employees, but does not include the United States or any state or political subdivision of a state.

Therefore, the Act applies to employers and employees in such varied fields as manufacturing, construction, longshoring, agriculture, law and medicine, charity and disaster relief, organized labor and private education. Such coverage includes religious groups to the extent that they employ workers for secular purposes.

The following are not covered under the Act:

However, even when another federal agency is authorized to regulate safety and health working conditions in a particular industry, if it does not do so in specific areas, then OSHA standards apply.

The Act encourages states to develop and operate, under OSHA guidance, state job safety and health plans. Once a state plan is approved, OSHA funds up to 50 percent of the program's operating costs. State plans are required to provide standards and enforcement programs, as well as voluntary compliance activities, which are at least as effective as the federal program. 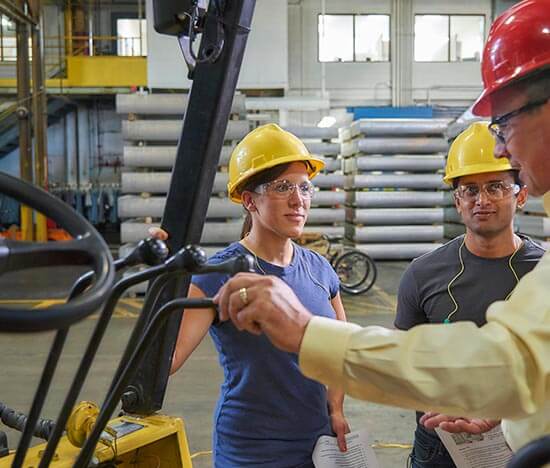 Effective safety training not only helps you comply with OSHA requirements, it helps you reduce accidents and injuries, lower workers’ comp costs, improve employee engagement and morale, and preserve your company’s reputation. The experts at J. J. Keller have put together an extensive selection of workplace safety training programs to help you avoid OSHA’s top 10 violations and keep employees safe.